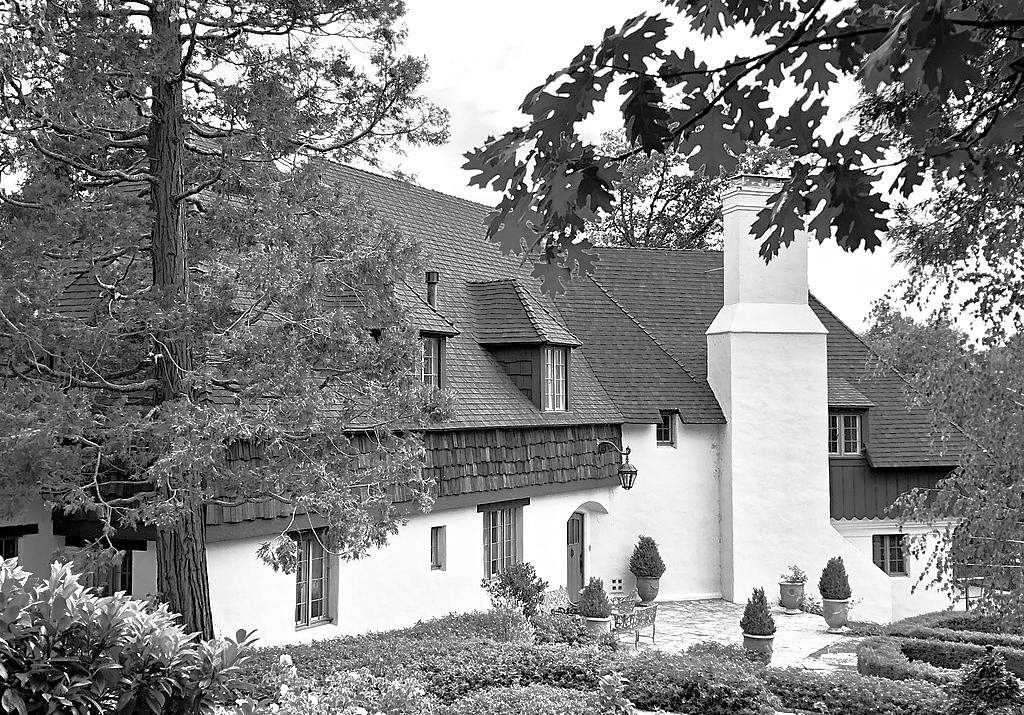 By Ken Brafman, Image from National Register of Historic Places

TITLE: SHADY POINT, A HISTORIC PLACE: The Rim of the World Historical Society hosts a popular outing called the Celebrity and History Cruise. After a champagne reception on the dock the Arrowhead Queen disembarks and a couple docents from the Society, along with the captain, give patrons a grand tour of Lake Arrowhead, pointing out present and former homes of celebrities such as Brian Wilson, Patrick Swayze, Liberace, Sandra Bullock, James Cagney, Priscilla Presley, Dick Clark and Vin Scully. Titans of business, the likes of J. B. Van Nuys, Louis B. Mayer, Conrad Hilton and David O. Selznick are also represented. The Mountain History Museum in Lake Arrowhead has a very large map on display which has a key that marks the locations of some 150 notables including Shirley Temple, June Lockhart, Evel Knievel and even Richard Nixon. However, there’s one property that, according to the National Register of Historic Places, is special without needing the celebrity factor. It’s called Shady Point, located in Shelter Cove on the north shore. In the 1920s the north shore of the lake was known as the ‘Beverly Hills of the Mountains.’ The house was built in 1930 and was designed by Roland E. Coate for John O’Melveny, a prominent attorney. The family lived in the home for eight years, selling it in 1938. The architecture is properly called French Eclectic although today the style is referred to as French Normandy. The irregularly-shaped and symmetrical house is largely unchanged on the exterior, which is clad with stucco and wood shingles under a steeply-pitched hip roof punctuated by dormers. The visible rafter tails flare the shingles at the roof edges slightly, creating a skirting effect typical of the French Revival style. The property has multiple outdoor terraces and patios, connected by original walkways, that provide views to Lake Arrowhead. Most of the large trees once found on the property, which gave it the name Shady Point, have been killed by insects in recent years.